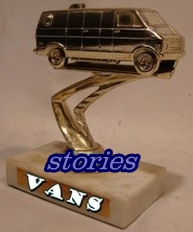 "It was a great work van, which is what it was for. It was the last year of the round headlights. It was a straight six. And I drove it into the graveyard. It was the best 300$ I ever spent and I drove it for 'three years. 1976 Chevy van. This is a picture of model of Marc's Dad van, same color and all" 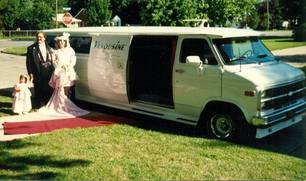 "This picture was taken Sept. 2nd 1989.....25 years ago this September ! The little girl in the picture is my niece and she is getting married in October ! Her boyfriend and her are not into vans at all. I'm crazy uncle Joe with the vans ! Joseph Madonia" 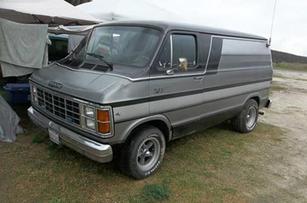 "Twas a gloomy day, cold wet vanners say, at the dreary lake of Vail,  The rain hell played, vanners stood the fray, as the freezing winds did gale Three days of gloom could not force doom on the vanners sense of pride. With tequila in reach, The Gypsies held the beach . Damn, man. What a ride! Mark Graywolf Crook" 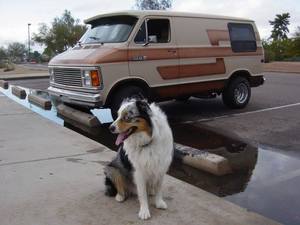 "Happy Bday to my wonderful Aussie, Bowie!
He turns 13 today.  We no longer have the van but he used to loooove riding in it and will still start barking and doing circles if you say the word "van" lol."  Ryan Dunlap 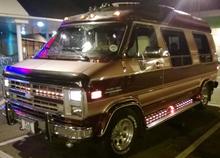 "Hi All at V8 Van.com. Great website to look through.  Thought you may like to add this one as did not see it on your site.  1988 Chevy G20 converted by Noble Motorvan Corp of Indiana. The conversion is called a Starview. Not seen another one, have searched the web and can't find much out about them.Hope you like it. "   Richard 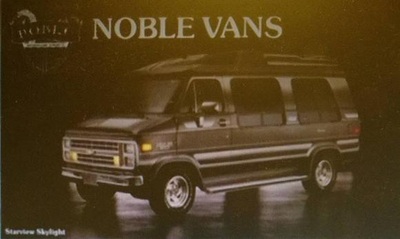 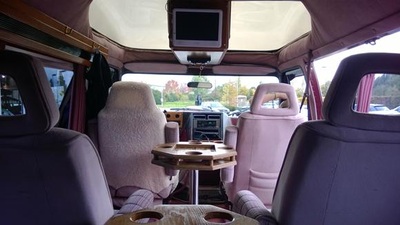 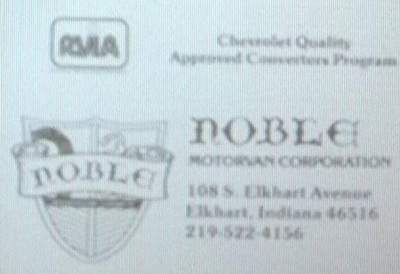